One Missed Vaccination, One Lesson Learned 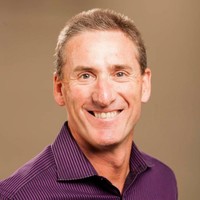 It took a near-death experience for me to really understand the importance of vaccines. And it’s a lesson I’ll never forget.

On January 24th, 2018, I turned 52—in good health and feeling great. I had six marathons under my belt and was training for my second Boston Marathon, so I was eating well, maintaining good health, and increasing my mileage.

But just two days later, I started feeling feverish soon after getting up. I’m not one to take it easy at all, but I had so little energy, I had to lie down on the couch. I called work and told them I needed a sick day, something I’d done maybe twice in the past 10 years.

As the day went on, I felt worse—more feverish, and I started having some difficulty breathing deeply. I called my wife and told her I had a bad head-and-chest cold and would be on the couch all day, then took some Tylenol and my asthma medication. I’d just had my flu shot at my annual physical a few weeks before, so we didn’t think it was that. The next morning, things were worse. My head was pounding. I had a solid fever, sweats, chills, and more difficulty breathing. My wife called our doctor, who told me to come in. They gave me a flu test, which was negative, then did a chest X-ray. But even with my immunization and negative test, they still suspected the flu and sent me home with some meds.

Unfortunately, the meds didn’t help. The following day, my head felt like it was in a vise. I was shaking with chills and fever, feeling cold even with my winter coat on and covered with blankets. My wife took me to the ER.

After seeing my vitals, the nurse brought me straight back to the ER doctor and hooked me up to oxygen. My pulse oximeter reading was 85 percent —10 percentage points below the normal level of 95. A chest X-ray revealed double pneumococcal pneumonia, a lung infection that can cause inflammation around the heart and block airways into the lungs. According to the Centers for Disease Control and Prevention, about 1 in 20 who contract pneumococcal pneumonia die, so we were all taking this seriously. And because of my severe head pain, doctors suspected meningitis as well. My wife was getting more and more worried as they did a CAT scan and prepared me for a spinal tap.

The good news was that I didn’t have meningitis. They blamed inflamed sinuses for my head pain and gave me morphine, along with antibiotics and intravenous steroids for the pneumonia. An RSV test came back positive, something more commonly seen in adults with weakened immune systems.

I was put in an isolation unit and monitored closely for almost a week, eating hardly any solid foods. After two days, my blood oxygen levels began to improve—the meds were doing their job. Every day, I felt a little better, and after six days, they released me with prescriptions for oral steroids and antibiotics. I had lost about 12 pounds and was no longer the robust marathoner who had just celebrated his birthday.

In all, it took about three months for my lungs to recover. Before any of this happened, my wife had told me that I should get the pneumococcal vaccine, which is recommended for all folks over 65—and people even younger who have asthma like me and certain other health conditions. I had just seen my doctor in early January, and perhaps if I had mentioned it or my doctor had suggested it, all of this might have been avoided. But I learned my lesson, and today, I’m fully immunized and back on the marathon circuit!